Having a newborn doesn’t come with a handbook. You worry about the tiniest details, especially if you’re new parents. Babies’ diets are the trickiest.

A few studies reveal that ginger is one of the most widely used dietary condiments on the planet is ginger. Therefore, it may occur to parents to give their babies ginger due to its numerous benefits, but what at age can babies eat ginger?

You may start introducing your kid to ginger in tiny, grated amounts when they’re eight months old. However, it may not be easy for their little developing digestive system to digest before they’re two years old.

We’ll discuss the benefits of ginger for newborns, how much ginger is safe for babies, and the health concerns of ginger.

Is Ginger Good for Babies?

If you go down your memory lane, you will recall your parents or grandparents talking about how ginger does wonders for baby food. Its numerous benefits are the reason ginger’s widely included in alternative medicine.

It’s recommended that you include a little amount in your kids’ diets. It helps with multiple complications you may be experiencing with your child.

Ginger contains trace levels of fibre, probiotics, and other nutrients that can help promote overall digestive health and bowel regularity when combined with a well-balanced diet.

You can eat your ginger fresh, dried, powdered, or pickled. The root’s juice is also employed in various preparations, both culinary and medical.

Green ginger is a fresh stem that’s used in cooking. By boiling the peeled root systems in syrup, they can be stored. Slices of ginger are eaten among courses or plates in various parts of the world to freshen the mouth.

How Much Ginger Is Good for Babies?

However, ginger has a strong, spicy taste that your kid may not be fond of. For newborns and kids, a very tiny amount will do the trick.

How to Give Ginger to Babies?

You can give ginger to babies in various ways. What’s essential is removing the rough skin with a tiny paring knife. Then, you can either mince, slice, or grate it, depending on how you intend to use it with your baby.

The most convenient way to feed ginger to your babies is by mincing it with a blender. It works best for baby food.

A tiny pinch of fresh ginger in your baby’s meal goes a long way, so a little bit is all you need. Ginger’s readily available at most grocery stores and may be purchased at any time of year.

You can also start giving your baby ginger tea when they’re a year old. It can be slightly warm. You can add a tiny amount of sweetener or citrus juice from fruit.

There’s a possibility that your baby won’t like ginger as it’s as hot as chilli pepper and black pepper. It may be too savoury for their liking. You can make it taste a little less spicy by adding lemon or cinnamon.

Similar Foods That Are Great to Babies

There are only so many choices of spices and herbs that you can give your infant that are similar to ginger. They range from cinnamon and nutmeg to thyme, paprika, and turmeric. You don’t have to limit your baby to boring, puréed baby food.

Turmeric comes on the top of the list. It’s an anti-inflammatory spice that improves digestion. It’s a quick and easy way to add flavour and nutrition to your baby’s veggies and omelettes.

Oregano is super beneficial to babies. It’s impressively rich in antioxidants and is excellent for aiding your little one’s digestive and immune systems. It also helps with colds, inflammations, and muscle aches.

Additionally, thyme is rich in minerals, including vitamins A and C. It’s a powerhouse of deliciousness and health benefits to your baby. Its benefits range from preventing infections to boosting your baby’s immunity and growth.

Ginger is complex; therefore, it’s not easy for babies younger than two years old to consume it. It’s better to gradually introduce it to your little one’s diet as they may not be fans of its spicy flavour.

Ginger is packed with components that can boost your baby’s digestive and immune systems. Turmeric, oregano, and thyme are similarly valuable to your baby’s diet. 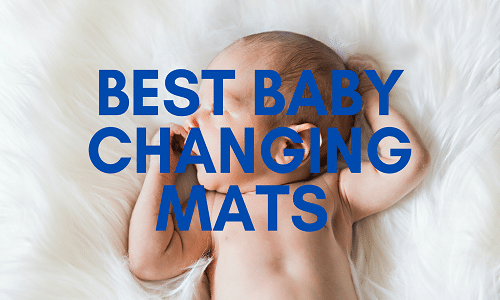